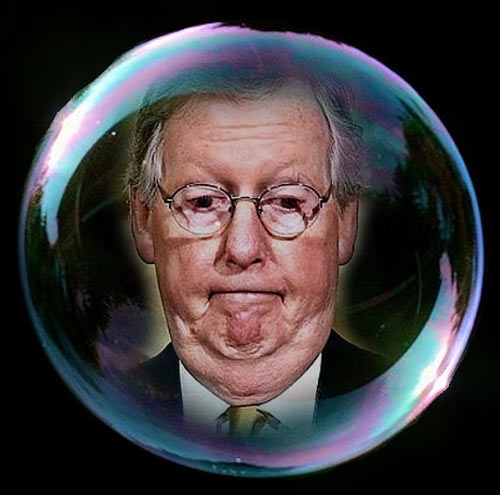 If you thought that insane Donald Trump is an asshole, Mitchell McConnell have prove that he has found the way how to use it to his advantage. First he has prostituted his wife so she would leak degenerate's Donald ass, soften it to the point Mitchell would managed to stick his tongue in Donald's ass so deep, he had no problems to reach and to tickle idiots Trump's tonsils and when Americans start asking "where is Mitch" and finally got an idea, Mitch is too busy working on idiot's Donald ass and demented Mitch do something to stop this madness and do what he was elected to do and start working for American people and not for mad idiot Trump, Mitch just couldn't make himself to stop plugging in Donald's asshole with his tongue.
Top
Post Reply
1 post • Page 1 of 1