Seventeen high school students staged a “lie-in” at the White House to protest SOB Trump and the government’s lack of action on gun control and the lives tragically lost as a result. 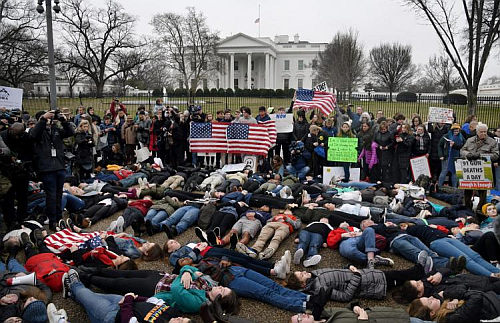 What was a lying pig President Trump doing, well while America buried it children killed in school shooting, he was about 1,000 miles away at his Mar-a-Lago resort and golf club in Palm Beach, Florida playing golf instead of showing his countrymen by addressing protesting kids that he is not "fake president" (something no matter how much he is going to deny won't change that fact), history will remember and remind Americans their darkest years and mistake they made by electing looser President of USA.
Look at my page :: Jinx Repellent Magic Formula funziona davvero
Top
Post Reply
1 post • Page 1 of 1