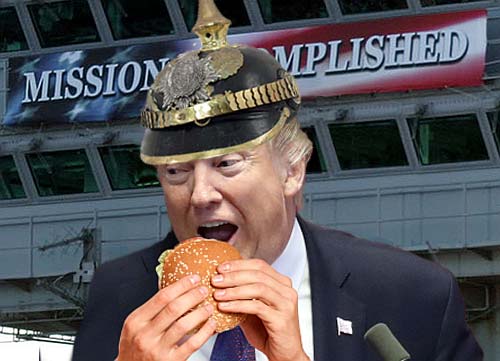 I mean, really insane Donald? I'm not going to ask... no, I will: "Are you so fucking stupid, even stupider than we; thought you are?"

Did you fucking shit stole The Scarecrow brain so you would have pleasure to amused myriads of degenerates in your Republican Party to make them to believe that you are for real?

One thing is for sure Mr. Donald Trump, fucking old fart, a bona fide lying prick, your grand and great-grand children will so ashemed they would have to strongly deny they were related to any fuck by the name - Donald Trump.
Top
Post Reply
1 post • Page 1 of 1