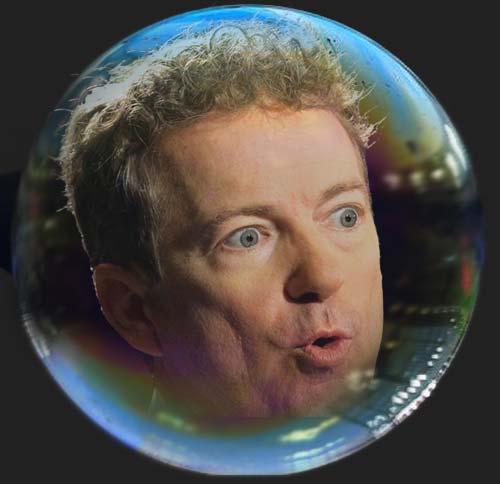 Senator's Rand 'Dickhead' Paul political Delusions overflown every limit of moral, philosophical, human decency. Talking about human decency, he ranks somewhere around one notch above worm and step below chimpanzee.

Asshole calls himself libertarian and yet he can't stop sucking on insane Trump's cock.

He claims that "We've come to take our government back" and yet he are holding it by the neck so degenerate Trump can stab it in a back.

He promises: "I believe we should work to end all racism in American society and staunchly defend the inherent rights of every person" and yet he opens his arms and endorses racist actions of president Trump.