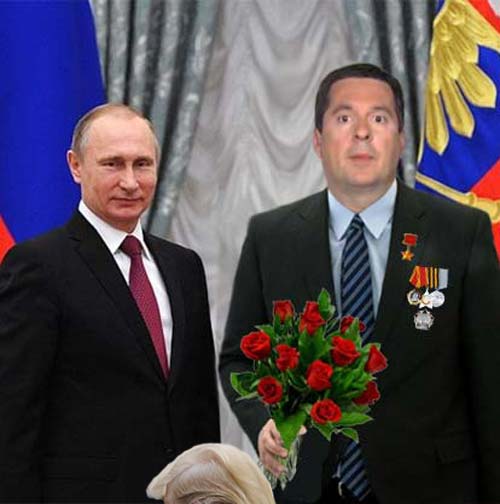 Latest Kremlin's hero Devin Nunes got his medals and flowers in secret ceremony in undisclosed location handed to him by his Boss Vladimir Putin personally, while Putin's White House puppet was performing head job on him.

Hard work of infidelital House Intelligence Chairman Republican Devin Nunes has been deliver whatever his boss the President of USA Vladimir Putin have told him to do in order to safe sorry ass of his White House boy Donald Trump by declaring Trump whose limitless stupidity made him incapable to grasp that regardless of being declared by controlled by Nunes Committee means nothing as far as Mueller is concern.
Top
Post Reply
1 post • Page 1 of 1